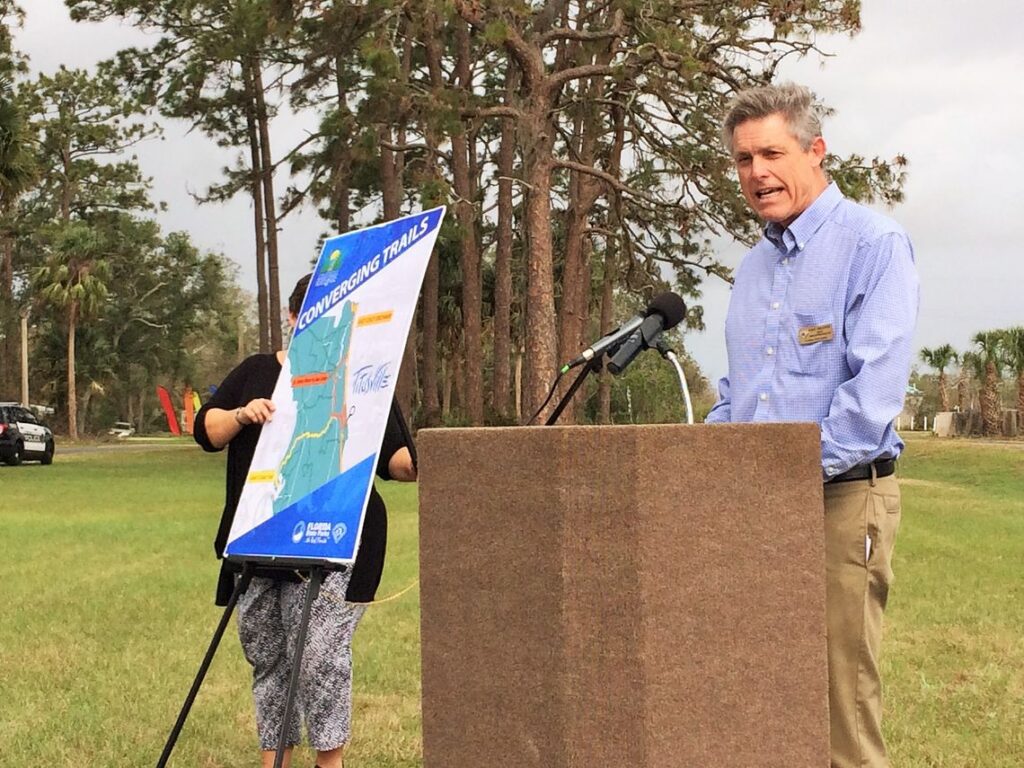 Eric Draper retired as Director of the Florida Park Service after leading the organization to an unprecedented fourth gold medal as America’s best state park system. While director, Draper worked to restore water resources and expand safe recreational water access. Prior to his service with Florida State Parks, Draper enjoyed a successful career as a non-profit manager and environmental advocate. He was director of Audubon Florida, the state’s largest conservation group, and led campaigns to win public and legislative support for environmental laws and spending. During his career he was a leading advocate for water and land conservation and Everglades restoration and is credited with helping secure billions in environmental spending and playing a lead role in most state environment policy decisions over the past three decades. In addition to his work in Florida, he spent five years in Washington DC leading grassroots environmental policy campaigns. Draper now advises agencies, businesses, and local groups on water resource projects.

“While leading Florida’s award-winning state park system, I helped expand safe recreational water access. I love seeing people swim and paddle. As a longtime environmental leader, I know that people who use our lakes, rivers, and bays become champions for parks and clean water.

I am excited to work with PADL to give more people a chance to access water in more places. PADL is the first self-service paddle sports rental company and will grow to be America’s favorite way for people to rent paddleboards and kayaks.” Eric Draper added about his recent role with the company.

As PADL expands, first in Florida and across the country thereafter, the company is working to create a community around their service. Recently, PADL launched a monthly competition where riders compete for the most miles paddled each month. Additionally, the PADL team is launching demo days, which are events held at stations where their guides will be providing free lessons and tours, amongst other activities. PADL plans to work with local businesses to co-sponsor demo days by bringing local food and beverage options as well.

“Our vision is to make outdoor recreation accessible to all, starting with paddle boarding and kayaking. We will be bringing self-service bike rentals soon as well. To have Eric join us on this adventure is truly an amazing opportunity, seeing that our values align so well. We know that we operate in sensitive environments, so we designed the product to be as eco-friendly as possible. Everything is solar powered and self-sufficient. We are testing various sensors and ways to collect data which we will eventually be able to integrate into our partnerships with various municipalities and organizations. Additionally, we are beginning a heavy push on in person events to teach people about paddling and the environments they recreate in through our demo days and cleanups. These actions allow us not only to scale the business, but do so in a way that is sustainable and beneficial to the areas we operate in.” Andres Avello, PADL’s co-founder and CEO added.

Adventures in paddleboarding with PADL’s self-service paddle board rental stations.

# Reasons Why You Should Be Paddle Boarding With PADLMay 4, 2022
Paddle Boarding on Florida’s Lake ButlerMay 4, 2022
PADL Announces New Appointment to Advisory Board with Former Director of Florida’s Department of Environmental Protection’s Division of Recreation and ParksApril 29, 2022

Interested in bringing PADL to a new location, becoming a tour guide or partnerships? Get in touch with us!